From a big picture perspective, the THC-HAT has endorsed the end goal of “affordable housing throughout all geographic and economic segments of the community” (Comprehensive Plan, Goal 2).  To achieve this, the THC-HAT has called for:

These two recommendations should be addressed in separate emails as the Council will deal with them as two separate actions.  Also, please expand on the sample emails below as your own words carry more weight.   It is important to indicate in your email the meeting for which the comment is addressed.

This Call to Action is endorsed by the Tiny Home Communities Housing Action Team.

The economic impacts of COVID-19 have made the lives of people in desperate need of affordable housing in Port Townsend even more precarious.  I am writing to ask members of the Port Townsend City Council’s Housing Committee to respond to this crisis by considering housing solutions that address the roots of the affordable housing crisis, including removing barriers to affordable density in the zoning code.

One such action that has been recommended to the committee for their consideration is enacting a density bonus linked to dwelling size that would allow for tiny home communities of three dwellings on a standard size lot. With a suitable density bonus, builders can spread the fixed cost of land and infrastructure across more units, allowing them to build smaller homes and compete successfully with land buyers who would construct larger homes.

I support a density bonus provision in the zoning code as an important step to creating affordable housing that includes tiny home communities, duplexes and triplexes on single lots, and co-housing of all kinds. I urge the committee’s members to act with reasonable haste in considering this change.

Thank you for taking action, [NAME]

The problem of homelessness is acute, complex and persistent.  Tiny home villages have emerged as a promising new approach to solving this problem. I am writing to indicate my strong support for the city enacting an ordinance that specifically allows for self-governed but agency-supported tiny home villages as transitional housing for the homeless.

Transitional housing allows for stays up to 2 years in tiny homes as compared to the six months allowed in temporary encampments per Municipal Code 17.60.  The housing units would be built to the city’s IRC building code standards or other permissible standard.  To increase the affordability of this solution, the ordinance should allow for much higher density than currently allowed under the zoning code.

Current experience with self-governed tiny home villages indicates their efficacy in terms of placing the homeless into permanent housing compared to top-down congregate shelters. They are also quicker and less expensive to build.  I urge the committee’s members to consider a tiny home village ordinance as the next step in solving the homeless crisis here in Port Townsend.

Thank you for taking action, [NAME] 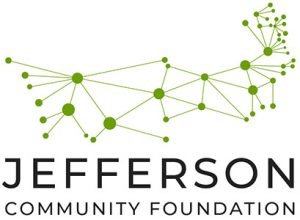